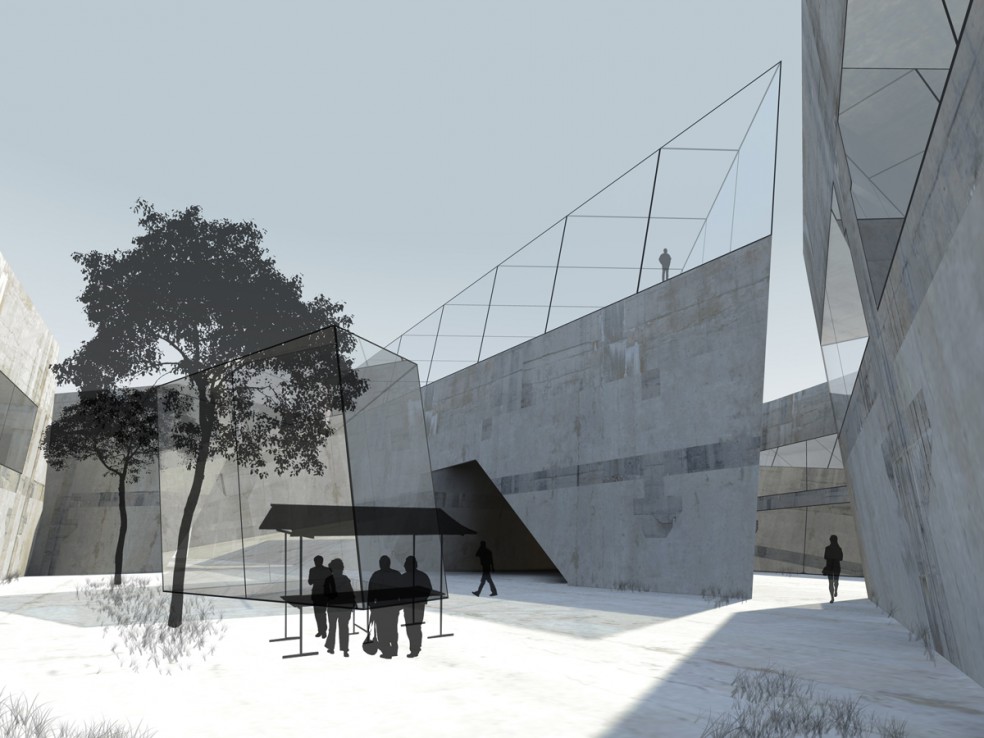 IJmuiden in an harbor city where heavy fortifications and bunkers where build during the second world war. One of these bunkers is an huge 240 by 70 meter bunker used for shelter and maintenance of a German “Snellboot” fleet. The assignment for this studio was to make a design proposal for re-use of this bunker, based on a line analyses of the surrounding harbor area.

During analyses it became clear the the harbor of IJmuiden is industrial and inaccessible. Its identity is mostly defined by its open water views and characteristic references such as an old fire tower and surrounding dunes. To read the bunkers spectacular 4 meter thick roofs we decided to go for a incision strategy where this kolos slowly gets fragmented to a more accessible and program friendly building. These incisions will happen in different phases slowly connecting the surrounding roads and views to the inside while creating central public spaces. The resulting fragments could be developed in rentable apartments after the financially supporting initial commercial functions have  become to big for the shards. Resulting in a urban environment within this U-Bunker.