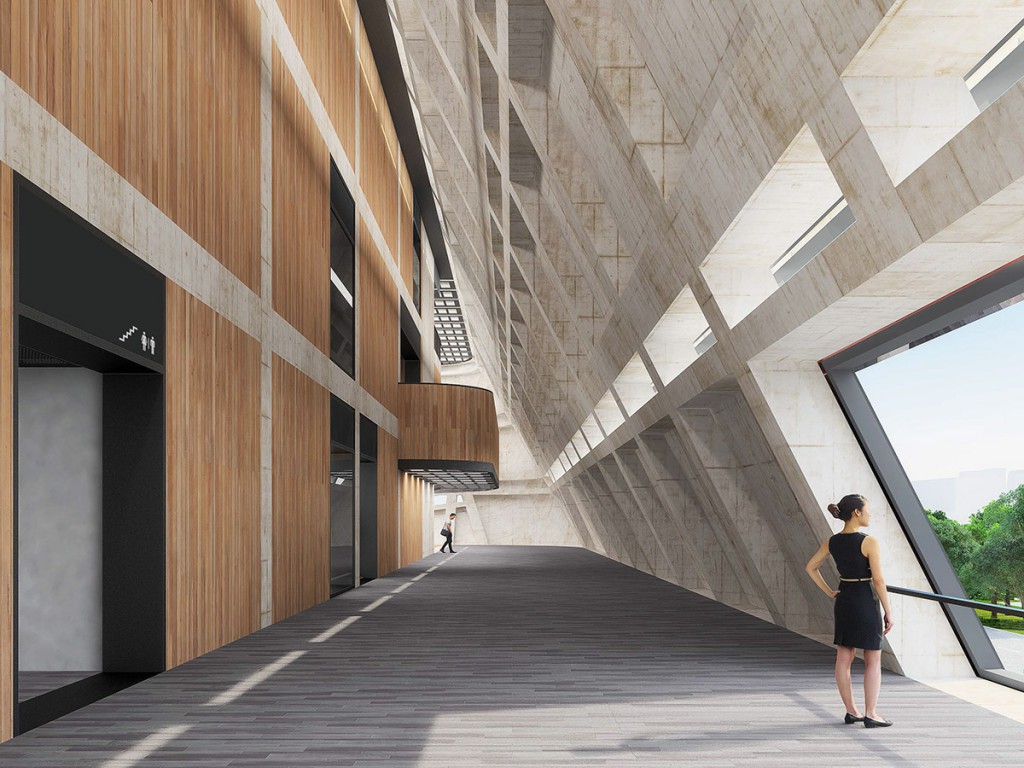 Each Center has there own architectural concept but they share one language by materials and detailing. The facade plays an important role in the public space and is defined by its structural concrete grid. Public Art Center
The interior concept for this center is formed around a 1:1000 scale urban model of the Longang district in the basement. The exhibition spaces are placed between two concrete cores that give the building its structural stability, the routes for the exhibition spaces are spiraling up/down between the facade and these central spaces. Science Center
The Central atrium of the Science Center has a 24 meter high void where the routing of this educational science museum is centralized. Different shaped voids on each floor enable a visual interaction with the different exhibitions on each floor.

Images and visualizations are courtesy of Mecanoo architecten.